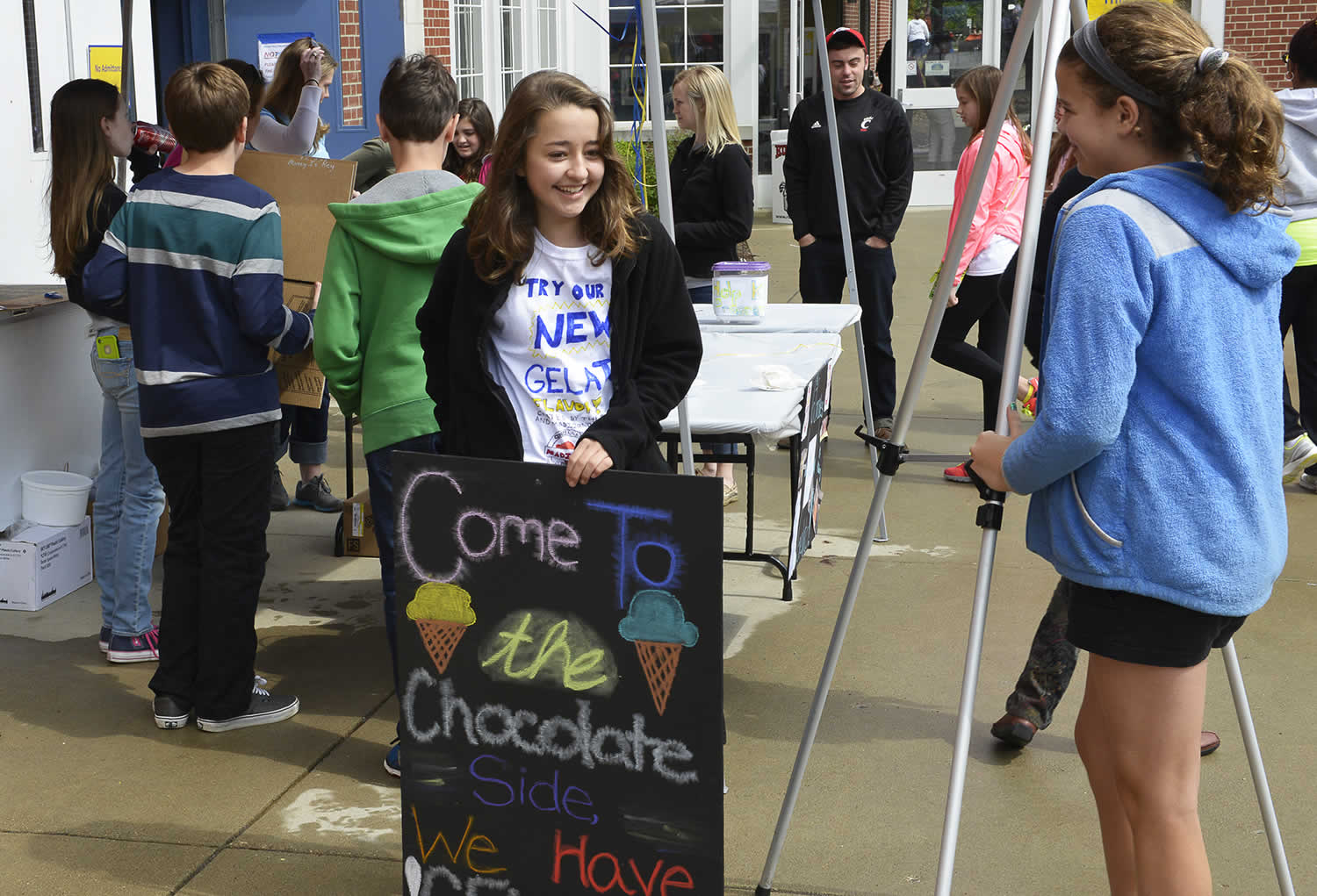 CINCINNATI – (March 24, 2015) Partnership for Innovation in Education (PIE) will launch the first-ever apps for Android and Apple retail sites for Cincinnati Public Schools on Wednesday, March 25, 2015. The student-designed apps will launch at Kilgour Elementary School at 9:30 a.m. and at Hyde Park School at 1:15 p.m. The apps – “Gelato Hero” and “Sweet Revenge” – feature local businesses and PIE case partners, Madisono’s Gelato and Sorbet and The BonBonerie.

Cincinnati-based PIE works alongside students to develop transformational educational tools to accelerate academic achievement in science, technology, engineering and math (STEM) subjects, especially for girls and minorities. This project features the use of the Socratic Learning Method, which is typically used in graduate and undergraduate programs. It allows business and community executives to serve as in-classroom mentors as students solve a “real life” simulation, which the business is currently facing.

“These apps gameify STEM concepts and offer our local students a chance to experience a 21st century career in a fun, digital format. These games allow students to develop solutions just like an engineer, project director or plant manager. They experience the thrill of ‘doing’ and better understand the meaning of their education,” said Mary Welsh Schlueter, CEO for PIE.

“Gelato Hero”
Students from Kilgour Elementary School designed “Gelato Hero” as part of PIE’s program, and it features Madisono’s Gelato and Sorbet. In this educational game – loosely inspired by the classic video, Berserk – fictional lunch ladies are on a rampage throwing meatballs at people. The “hero” in the game is armed with an unlimited supply of gelato. By throwing the gelato at the lunch ladies, the hero causes them to taste the delicious food and stop their rampaging meatball attack.

“I am truly excited as well as proud of our students and this opportunity for our school. To not only exhibit 21st century skillsets but to turn such skillsets into real word application with the creation of this apps,” said Angela Cook Frazier, principal for Kilgour Elementary School.

“Sweet Revenge”
“Sweet Revenge” was designed by students from Hyde Park School, and it features The BonBonerie. In this classic tower defense game, students must stop an approaching army of ants from eating their cake. Every 10 ants destroyed allows the student to purchase an additional “donut blaster” to stop the ants.

This project was funded by the Ohio General Assembly and Governor’s Office and facilitated through the Ohio Department of Education. This launch is funded by a “Straight A” Inaugural Grant, consisting of $1.1 million for educational STEM programming with PIE overseeing the work in Cincinnati Public and Milford Exempted Village Schools. “Gelato Hero” and “Sweet Revenge” are only the second set of apps to be released globally in partnership with elementary and middle school students. The first set of PIE apps were launched historically at the Ohio Statehouse with legislators from the Ohio Assembly in February 2015 with the 3M Company and Milford Schools.